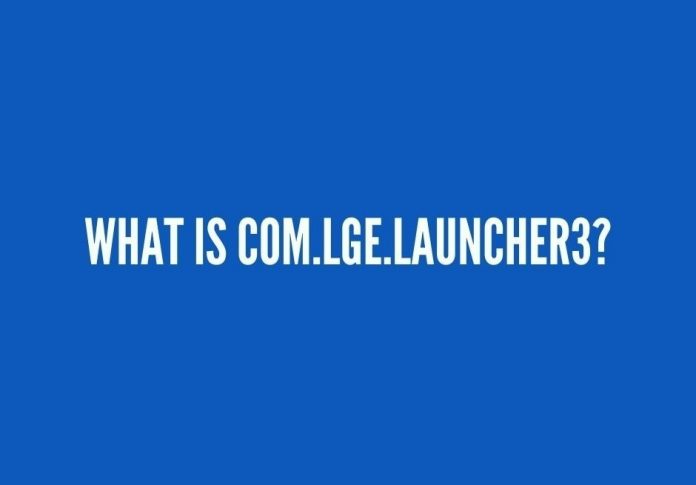 The com.lge.launcher3 term can be confusing for people who see it for the first time, if you are one of them, you probably want to know what com.lge.launcher3 means and where is it used. By the end of this article, you will know all the answers to your questions related to this Android app and we have also mentioned the top 5 best third-party Android launchers.

What is a Launcher on Android?

An Android launcher is an application that allows you to customize the user interface (UI) of the Operating System (OS) of your device. Built-in launchers do not provide enough customization options that’s why some people prefer to use a third-party launcher that allows them to customize home screen, widgets, icons in the app drawer, and more. Apart from design customization, launchers also provide smart features for a better user experience.

Default launchers can be uninstalled if you have root access of your Android device or using Android Debug Bridge (ADB). But we don’t recommend removing it since it is one of the most important apps; without a Launcher, you cannot operate your device. You can safely remove it once you have installed a third-party launcher, but still, it’s better to leave it alone as long as it’s not causing errors like “Unfortunately, Launcher has stopped working?”

If you already know a little about Android launchers, you probably know about Nova Launcher. It is one of the most popular launchers because of its plenty of customization options and lightweight.

Nova has thousands of themes, lets you change the background color, folders, and also allows you to create multiple docks. There’s a paid version available for those looking for a launcher with endless customization options.

Microsoft Launcher is the rebranded version of Arrow Launcher. It offers plenty of customization options, including a news window, expandable dock options, widget shelf, and more.

Niagara Launcher has a clean user interface (UI) which is perfect for big phones. You can pin your favorite apps on the home screen, and it has handy alphabetical shortcuts for other apps in the app drawer.

The app is free and does not contain any kinds of ads, but some of its basic features like adding simple widgets on the home screen are locked behind a paywall.

Blackberry Launcher offers tons of functionality, such as Swipeable widgets, and it lets users swipe down from any blank spot on the screen to check the notifications. One of the best features of BlackBerry Launcher is the BlackBerry Hub, an application that lets users reply to emails, text messages, and post updates on social media accounts.

BlackBerry launcher is free and can be downloaded from the Play Store. You can use it for 30 days without ads; after that, display ads will start appearing. You can remove the ads by paying for the BlackBerry Hub+ subscription.

Smart Launcher 5 can group apps by type and offers plenty of other features like adaptive icons, resizable widgets, shortcuts, and more. All of these features improve the user experience, and the Pro version of the launcher offers more features such as expanded gesture controls and pop-up widgets.

How to Reset your Android phone to the default launcher

There are a lot of Android launchers that offer tons of features, and some even provide a better user experience than the default launcher. You can choose any launcher you want and customize it the way you like, but in case you want to switch to the default launcher of your device, you can follow the steps mentioned below:

Step 2: Tap Apps (if your device has an old Android OS, you may have to swipe over to the All section.)

Step 3: Find the launcher you are using and tap on it.