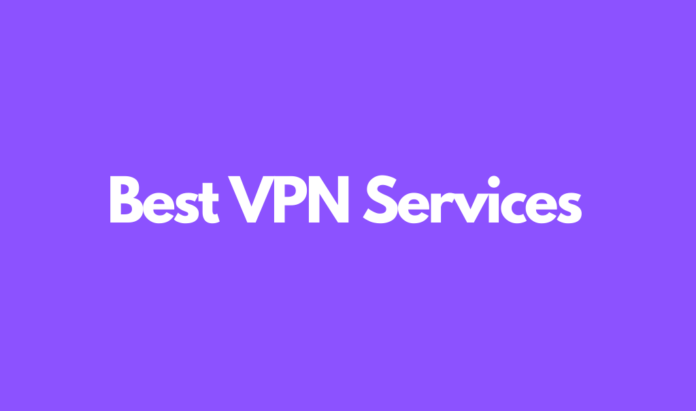 NordVPN is a behemoth in the domain of the VPN industry with strong encryption and myriad servers spread across the globe. Headquartered in Panama, NordVPN has some of the most utilisable and much-needed highlights.

NordVPN has 5000+ servers spread across 59 countries on the map; with a network as massive as NordVPN, Internet speed fluctuations are minimal to negligible. Whether you’re globetrotting or sitting in a ‘somewhat’ remote place, NordVPN makes sure to provide you with rapid internet speeds.

The whole point of using VPN is to have strong data encryption – NordVPN has impressive standards in this aspect too. The company uses IKEv2 and IPSec to encrypt user data and ensures the maintenance of VPN at times when the internet connection fluctuates or is lost. Furthermore, IPSec enhances the security protocols, and with 256-bit keys, NordVPN provides you with nothing but the best of security that is recommended by cybersecurity experts and government organisations.

Above all else, NordVPN has employed a double VPN which means that all the data goes through multiple servers for multiple encryptions.

NordVPN does minimal logging into the websites you visit, files you download, and software you use when you’re using the VPN. In general, NordVPN keeps tabs on the data of the users only to improve customer experience and to maintain the account of the user, which would otherwise not be possible without logging.

Numerous VPNs slow down Internet speed. However, it is not the same with NordVPN. NordVPN has surpassed the expectations of its users in terms of Internet speed time and time, clearly evident from the raving customer reviews. Customers usually experience little to no additional latency when using NordVPN, which is a great indicator of its impeccable speed.

NordVPN has a monthly subscription that costs $11.95; however, when you opt for the 2-year subscription, the monthly cost cuts down to as low as $3.71. When you choose the one-year plan, a one-month’s subscription for NordVPN costs $4.92.

Express VPN is a VPN worth appreciation for when we factor in speed, strength, security, and user-friendliness. Followed closely by NordVPN, Express VPN has a few too many features that make it a tough beat in the VPN domain.

In terms of security, Express VPN stands apart from all of its competitors with its own zero-knowledge 256-bit encrypted DNS. This is used on all their servers pinpointed on the map, which means the company eliminates the risk of the vulnerability of third-party DNS services. Besides, all ExpressVPN servers are 100% RAM-only.

Express VPN also offers an easy-to-use kill switch to keep your VPN protected when you lose out on the Internet – this feature is torrenting.

As a premium VPN, Express VPN surely raises the bar in terms of internet speed. Numerous VPNs slow down the Internet due to the data going through multiple stages of encryption. With Express VPN, it is just not the case. So, when it comes to maxed-out gaming or browsing at a phenomenal speed, Express VPN does a great job in combining security with performance and speed.

As for most other pricing plans, when you pay for a subscription to Express VPN, you will be paying $12.95 per month; however, you can save a lot if you opt for a one-year subscription. In that case, you’ll only have to be paying $8.32 per month and $9.99 per month for a 6-months subscription.

Surfshark is headquartered on the British Virgin Island and is yet another good option for VPN users.

Surfshark is fast and secure, and it uses strong encryption protocols such as IKEv2 and OpenVPN. Surfshark also uses Shadowsocks and Wire Guard for encryption of user data, all while making it possible to use MultiHop. Shadowsocks is one protocol that circumvents censorship, especially that in China, and is a proxy that is encrypted.

With a kill-switch, Surfshark ensures that the users reap maximum privacy from the VPN by being able to protect their identity even when the VPN connection drops.

Surfshark stays above most of its competitors with above-average internet speed and high performance that makes it ideal for daily usage. Whether it’s downloading torrents, surfing OTT platforms, or playing online games, the VPN offers decent speed and passes the speed tests with great efficiency.

Surfshark has been priced reasonably with one the best performance and features around. It has an attractive discount on plans for a longer period. A monthly subscription costs $12.95 per month, whereas a 6 month subscription will cost you $ 6.49 per month, and in a 2-year subscription, the monthly cost is $2.49 per month. It also comes with a 30-day money-back guarantee.

As the name suggests, ATLAS VPN is an effective and reliable network provider that connects you to the rest of the world.

The network is secure and safe to use; the encryption is rather strong when compared to the many competitors. You don’t have to worry about your information getting stolen when you are using this VPN.

You can pretty much access any restricted videos on YouTube with significant ease. Netflix often segregates the content viewable by countries, but by using Atlas VPN, you can overcome this barrier with ease too. Downloading torrents, files, and software – Atlas brings competitive internet speed to manage all these tasks without much hassle.

The download speed is at par with many of its competitors, but the upload speed is rather daunting and beats a lot in the game, so Atlas VPN is an ideal choice if you use VPN for streaming.

The paid versions are cheap. If you are paying monthly, you will be spending $9.99, whereas the yearly and three yearly plans offer much greater value, the yearly subscription costing you $29.88 or $2.49/month and the three-year plan $50.04 or $1.39/month.

How To Connect To AT&T Wi-Fi In My Car?

How to Check if Your Device Is Compatible With AT&T’s Prepaid...

Does AT&T Work In The Bahamas