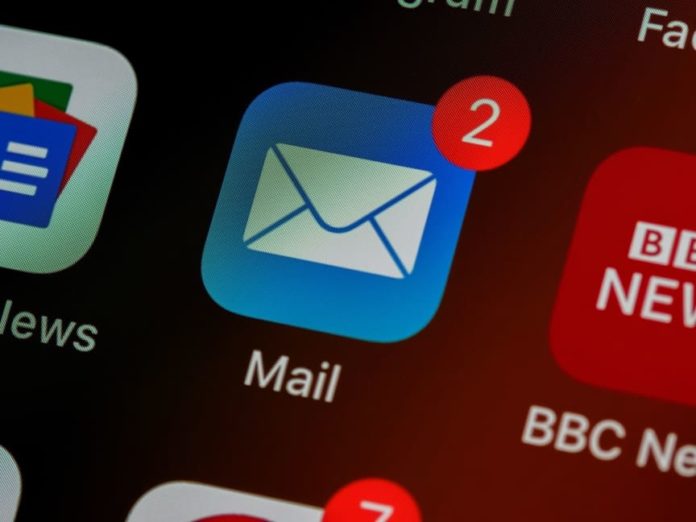 Vzwpix, despite being widely used, can be exploited to send spam or spoof emails. Spam texts and emails from Vzwpix have been reported by a number of individuals, and this can be incredibly inconvenient.

Mobile phones from Verizon often allow users to send emails directly from their text messages, which may explain why this is the case.

If your contact information has been saved under the wrong name, you may receive emails from Verizon text messages if this is the case.

Despite the fact that you may believe you are receiving spam emails, the sender may have actually intended to send it to someone else.

Another problem that has been constantly occurring with Verizon users is that they get way too many spam emails from Vzwpix.

It’s understandable if you’re questioning if Vzwpix is a real company or a scam and whether the emails coming are safe or not. Let’s take a closer look at that.

Is Vzpwpix.com safe or a scam?

Many users are concerned about the security of the Vzwpix service because of the prevalence of spam. Because of its secure domain and strong DNS MX records, the service is fully safe to use and may accept fresh email from users.

Despite the service’s popularity, many people view it as untrustworthy because of the numerous frauds that have been perpetrated on it.

Because of Verizon’s large user base in the United States, thousands of emails are sent and received every second, making it easier for scammers to target their victims and steal their personal information.

Users who get spam texts and emails from a business are more likely to believe that the service is suspicious and untrustworthy, which can have a negative impact on the company’s reputation.

There are various precautions Verizon has made in recent years in an attempt at reducing spam communications, but scammers are increasingly taking advantage of the service’s weaknesses in order to target real users.

As a result of the deals and offers that this business offers, spammers are more likely to target unsuspecting consumers. The vast number of spammers is also a big factor in the service’s massive influx of traffic.

Despite being a large US telecommunications provider, Verizon’s servers nevertheless have faults and issues. People’s perceptions of the service may be tainted if they believe it is a scam or fraud as a result of these errors.

Verizon customers’ trust in the company is also eroded by receiving spam texts and emails, which raises major doubts about Verizon’s ability to protect its customers from criminals exploiting its services.

They may also contain viruses and malware, which can weaken the security of the user’s device, rendering them more vulnerable to cyberattacks. Before clicking on any link or image in an email or text message, verify the sender’s credentials.

Users should always use computer anti-virus software to defend themselves from such dangers because many of them give real-time protection.

Scammers prey on those who aren’t familiar with the subtleties of this type of technology and take advantage of their lack of knowledge. People put in a lot of effort to earn their money, which scammers may simply siphon out in a matter of seconds.

Because of this, people should always be on guard when using the internet, especially when using personal services like email.

In many cases, the subject line of these emails promises a simple way to make money, such as an investment program or a lottery, which piques the interest of unsuspecting recipients.

By falling prey to these scammers, many people end up losing their whole bank accounts and personal information.

In the United States, Verizon’s Vzwpix is a well-known multimedia messaging service. Like many other Verizon services, this one was popular at one point.

Sending multimedia messages over the internet is made easier with Vzwpix, which allows users to include the sender’s phone number in the message.

Pictures and movies taken with a user’s phone can be shared with others. As long as the consumer has an active Verizon account, Vix’s servers will upload the files and send them to the specified recipient.

Although the service has a wide variety of possibilities for exchanging multimedia messages, it is losing ground to other similar services that have recently become more popular in the market. Customers of Verizon, on the other hand, will enjoy the following benefits.

Vtext and a Vzwpix have similar-sounding names, and this might easily lead to confusion. Messages sent using Vtext will seem like a standard text message, whereas messages sent via Vzwpix will appear as an MMS.

Vzwpix will be recognized as the sender of the MMS message if it is sent from an iOS smartphone.

How does VZWPIX work?

The VZWPIX’s operation is based on a straightforward principle. You can email photos and movies up to 30 seconds in length for online storage. Verizon Wireless, situated in the United States, offers this service. However, there are several restrictions on its use.

These are the steps to follow if you want to submit your media. Once you’ve completed the form, you’ll be prompted to enter your email and password information.

Once you’ve finished, you may send photographs and videos to me via email, and I’ll even include a theme for them. Send a photo with your message.

This service has been criticized by many people. They say it’s a rip-off because they think it is. However, your apprehension is based on sound reasoning and is relevant.

A plethora of discussion boards are on the prowl for fresh prey. Some have already fallen victim to scams.

It’s hard to believe that this is all real. Today, though, is a different story. The Version Wireless Company itself provides the VZWPIX, which is a trustworthy service.

How to recognize Vzwpix scams and stay safe from them?

If you receive any questionable emails on your smartphone, do not open them. Even if you only click on one of the email’s media attachments, such as a photo or a website, you put your device at risk.

Emails promising improved returns on investments or claiming that one has won a free lottery are frequently clicked on by most people. In spite of their convincing wording and accuracy in personal information, these emails could be part of an elaborate phishing operation.

To keep your computer safe from intruders, be sure to delete and block any suspicious emails as soon as you receive them.

Email addresses and phone numbers must also be checked before any email is sent to ensure that it is not a part of a hacking effort.

The cybercrime department needs to be notified if you get any questionable emails, so that they can be blocked and reported.

Antivirus software with real-time protection should also be installed to keep you safe from all possible frauds and hacks.s. Even the free versions of good anti-virus software today offer strong defenses against all threats.

What Does the Vzwpix Email Virus Do?

Vzwpix, or Vzwpix.com, is widely recognized as a real Verizon multimedia messaging service. Emails can be sent from a phone with a sender’s phone number. Because of the service’s popularity, scammers use spoofing to impersonate original email addresses and send spam.

This type of email might have many various subject lines, such as the arrival of a package or receipt of payment. Using social engineering, the scammer is able to mask their true identity and evade detection by users. Customers are duped into downloading a malicious “image” because they believe the scammer is telling the truth.

As a result, users can suffer any of the following damages:

To avoid becoming a victim of a phishing scam, you should educate yourself about the Vzwpix email virus.

How to Get Rid of Vzwpix Email Virus?

Vzwpix is a virus that may be removed easily. As a result, the method you take to remove Vzwpix email virus will rely on the specific malware that was executed during the download.

You need to know that if you didn’t open (or double-click) the suspicious image file or link attachment in your email, you’ll need to know that you’ve been infected. As a result, it’s possible that the malware has not yet infiltrated your computer.

Anti-malware programs like SpyHunter 5 or Malwarebytes can help you get rid of the Vzwpix email virus from your computer. We prefer this strategy because it’s simple and straightforward.

Make sure your anti-malware software is up to date before using it to have a greater impact on the new infection.

Use Safe Mode with Networking to remove it from the system.