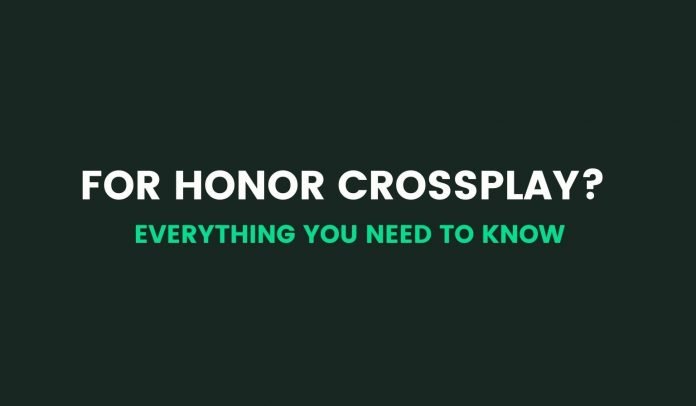 Ever since For Honor came in 2017, it’s been a favorite game for gamers who love action fighting games. Many gamers want Ubisoft to make it cross-play so they can play with their friends with other gaming consoles or PC. Sadly Ubisoft has no plans for cross-play currently. In 2019, Ubisoft’s CEO Yves Guillemot said, “Our goal is to put cross-play on all the PvP games we have, over time,” so maybe they’ll make it cross-play one day.

Q. Is cross generation-play available in For Honor?

Q. Can I use the same account if I switch to a next-gen console?

A. Yes, you can use the same account and don’t even have to restore your purchases and game progression. For example, all the purchases made on PS4 will be available on PS5 too.

A. No, those who own the game for multiple platforms like PC and Xbox can’t transfer anything and will have to separately purchase all the emotes, outfits, effects, etc. A cross-play with an option to link all the accounts is exactly what gamers are looking for.

Q. What are some features of For Honor on next-gen consoles?

Why Aren’t All Games Cross-Play?

On cross-play games, all the platforms have to receive updates at the same time. For example, if developers want to launch a big update of a game, they will have to release it on all platforms at the same time. In some games, gamers with the old version of the game can match with other gamers who have the old version of the game, but games with a low player base can suffer matchmaking issues. There are other technical challenges, too, like unique processing architecture of each console.

Developers don’t want gamers to complain about things like their performance was affected by the opponent with a better platform than they did. Below we have explained how PC gamers can cheat and take advantage of mouse and keyboard.

Easy matchmaking: More number of players means faster matchmaking. In multiplayer games with no cross-play, players can only match with players of the same platform. Crossplay can improve the matchmaking time of struggling games like For Honor. And it’s not just matchmaking time; cross-play is good for better skill-based matchmaking too, most gamers want to match with equally skilled opponents for fair gameplay. A large community, instead of 2-3 fragmented ones, can solve all these issues.

Cheating: PC cheaters use aimbots and wallhacks in games like Warzone and Modern Warfare. Last year, Infinity Ward issued over 70k bans against Warzone cheaters, but they can create a new account for free and start doing the same thing again. Because of this, console players have to turn off cross-play from the in-game settings.

Graphical customization: Console players cannot customize gameplay graphics settings, but PC gamers can. In competitive games, PC gamers have the ability to tweak shadows and darkness for understanding the enemy location. PC gamers can also reduce overall graphics to get better framerates, which is another disadvantage for console players.

Can You Charge a Nintendo Switch With Any USB C?

Can you have Logitech gaming software and G hub at the...