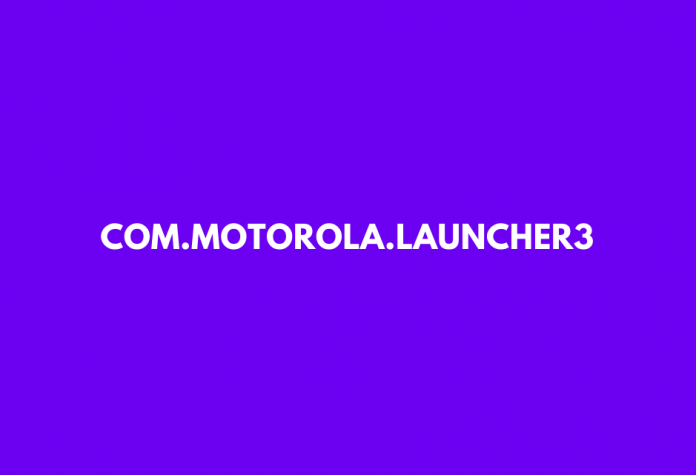 If you are here probably saw the com.motorola.launcher3 in the used apps of the activity log and now you have questions like what it does. Don’t worry; you have come to the right place; in this article, we have covered almost everything you need to know, but if you have more questions feel free to ask them using the comment box at the end of this page.

What is a Launcher on Android?

Android Launcher is the app that’s responsible for showing the main user interface (UI) and launching apps from the app drawer. Apart from handling these little but important tasks, the Launcher app also hosts Widgets, a card-like interface of apps that can be added to the device’s home screen to access information without opening the app. If you have ever seen weather information or a calendar on the home screen, you know what we are talking about.

com.motorola.launcher3 is the Android package of the launcher app pre-installed on Motorola devices. All Android system/third-party apps have a package that contains important files. The package is usually named like com.developername.appname.

The app is developed by Motorola, and Launcher3 is the default name of the Android launcher; that’s why the package is named app.com.motorola.launcher3.

There’s a lot of confusion among Android users regarding Android packages; some people think these apps are used for monitoring their device, some think they are malware, but most of the time, it’s not true. All Android phones have these, some manufacturers indeed install Bloatware, but we can assure you that com.motorola.launcher3 is safe.

If you are in a situation where the stock launcher of your device keeps stopping for no reason. You can easily fix it by clearing cache from Settings > Apps > Launcher App > Clear cache.

If that does not work, try restarting your phone or soft reset it. If nothing works, you can download a third-party launcher app and set it as default. At the end of this article, we have added the list of top launcher apps which are easy to use and offer plenty of features.

Now let’s talk about can you disable/uninstall it? Yes, but you will have to use the Android debug bridge (ADB), a command-line tool used to communicate with your device, or you can use an Android app like Package disabler (Root access required.)

Nova is undoubtedly one of the most popular Android launchers. It offers various customization options, has thousands of themes, and it’s lightweight too.

If you are looking for a launcher that offers countless customization options, Nova might be the one. It provides swipe gestures, shows you frequently used apps, has a night mode, and several other features. Nova also has a paid version that takes customization to the next level.

BlackBerry company needs no introduction; there was a time when they were one of the leading mobile phone manufacturers in the world. The company may not be as popular as before, but its launcher is considered one of the best by top tech sites like Techradar.

Blackberry Launcher offers plenty of features and customization options. The feature that sets it apart from other launchers is the BlackBerry Hub, a Blackberry app for emails, text messages, and posting on social media.

We love the Blackberry launcher, but it’s disappointing that it starts showing ads after 30 days of using it. Of course, you can pay and remove the ads, but we prefer what Nova launcher offers, a free launcher with fewer customization options than the paid one but without ads.

Microsoft Launcher is the rebranded version of Arrow Launcher. It offers lots of customization options, is pretty responsive, and uses less memory.

It has a dark theme, and it recognizes Android’s default dark mode settings. If you use Microsoft apps like Skype, Outlook, Edge browser, you can take advantage of multiple features that no other launcher would offer.