Home Android No Supported App for This NFC Tag 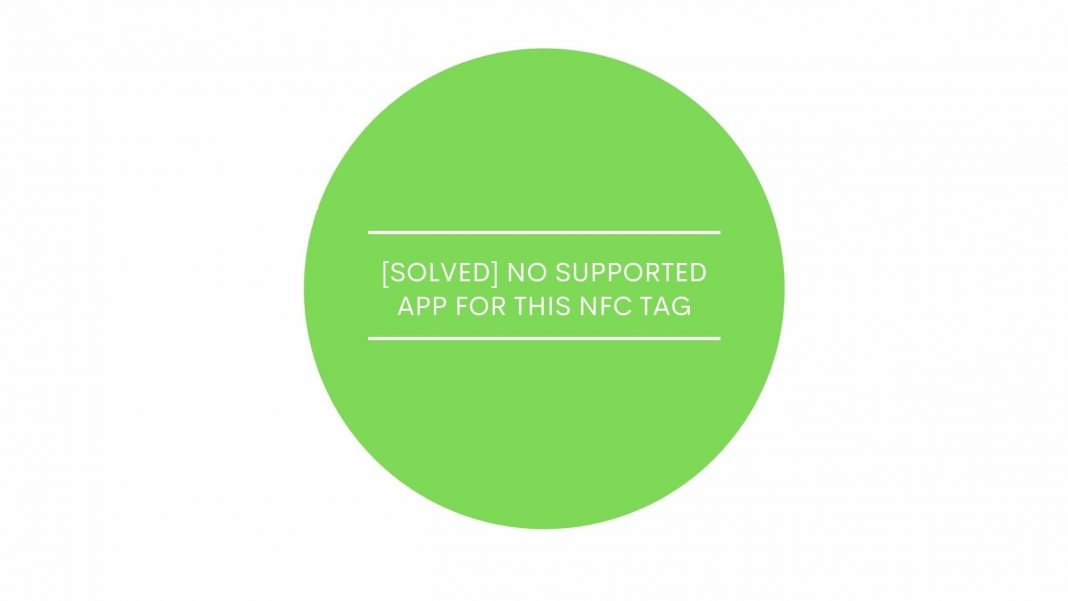 The annoying “No supported app for this NFC tag” pop-up is pretty common in devices like Samsung Galaxy S5, S6, S7, and S9. Pixel 3a and S10 users have also reported this issue after upgrading their device to Android 10. If you are also facing it and have to dismiss the pop-up every time you interact with your phone, you can quickly fix this, to find out how? Keep reading.

“No Supported App for This NFC Tag” Pop-up Meaning

If you continually see this pop-up, you must be using your phone with a wallet case and keep your cards in it. Cards with an NFC tag can cause this issue; it could be a gift, public transport, flyers point, or library card and it can happen with unregistered debit or credit cards too.

Turning off the NFC and payment feature is the quickest way to get rid of the annoying pop-up that keeps interrupting, but NFC can be a frequently used feature for some people; that’s why we have mentioned other ways to fix the issue.

As mentioned above, this can also happen because of unregistered cards. If you only keep your bank cards, you can register them on Samsung pay and check if it fixes the problem.

Note: This does not work if you keep public transport or other cards with an NFC tag. Only debit and credit cards can be added on payment apps like Samsung Pay; that’s why the “No supported app for this NFC tag” pop-up usually arises.

Solution 2.) Use a Wallet With RFID Blocking Technology

If you want to keep all your cards and don’t want to see the pop-up again, you can buy an RFID wallet case that makes your cards electromagnetically opaque so the NFC reader will not detect the cards until you take them out of the wallet. (You don’t have to turn off NFC, and this also prevents RFID skimming.)

Solution 3.) Place a Piece of Sheet Between the Phone and the Cards

If you don’t want to buy a new wallet cover, you can place a sheet between the phone and the cards. Try an aluminum sheet with 1.2mm thickness, and hopefully, this will solve the pop-up issue. If you can’t find a sheet with that thickness, you can wrap your cards with aluminum foil.

Solution 4.) Turn off Nfc on Your Device

Turning off NFC on your phone can quickly solve this, but you will have to turn the NFC on to process contactless payments via Samsung pay or other similar apps. If you are okay with that, you can follow the steps below:

Step 1:  In the App Drawer, look for “Settings” and open it. 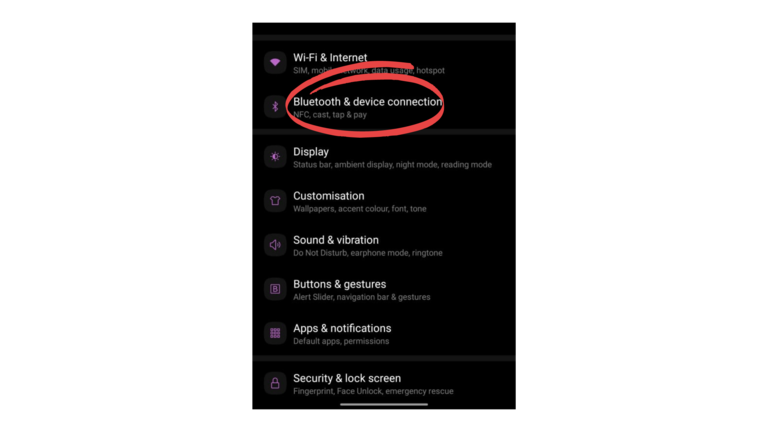 The NFC option is found in the “Connections” option in most Samsung devices, but it can be found under Bluetooth & device connection in other devices. If you can’t find it, you can open “Settings” and search for “NFC.”

If you see an NFC toggle switch, turn it off, and hopefully, the pop-up will stop appearing. 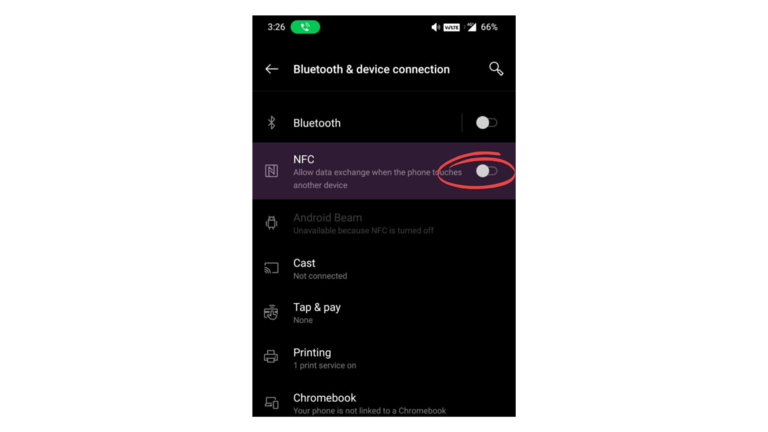 Note: You can also turn the NFC and payment off from the notification panel. If you are having problem in turning off NFC check this link.

What is NFC, and how does it work?

Near Field Communication (NFC) technology allows a device to connect to an NFC tag when both of them are too close. NFC can be used for transferring data between two devices and for processing contactless payments.

Why does my NFC keeps turning itself on?

If you have turned the NFC functionality off and it turns on automatically, you can try restarting your phone, or a factory reset might help, but in most cases, it’s a hardware flaw. When your device gets too close to a magnet, it might turn the NFC on, so if you are using a wireless charger, it could be the reason behind this issue.

What is RFID blocking?

RFID blocking functions by preventing the reader from detecting the tag. You can buy an RFID blocking wallet to prevent unauthorized scans and can also avoid the “No supported app for this NFC tag” pop-up on your device.

Is For Honor Crossplay? Everything You Need to Know

ABOUT US
Yoodley simplifies purchasing decisions by comparing multiple products for people who want to save the time and stress of deciding what to buy.
FOLLOW US
© Yoodley 2020 - 2021