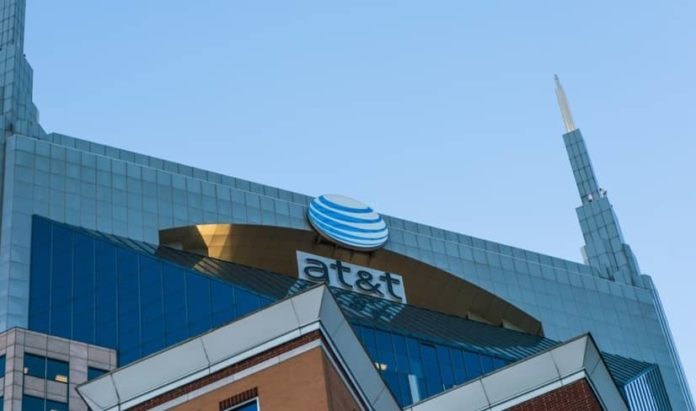 However, your network provider will continue to function if you reside in a state where AT&T provides service and travel to Puerto Rico. The only dissimilarity is that you will receive services via domestic data roaming.

All you need to do when you go to Puerto Rico as AT&T as your service provider is to switch to domestic data roaming to be able to use all the services as they were.

What Does Domestic Data Roaming Mean?

When your mobile phone switches to a partner network in areas where your primary carrier does not provide coverage, this is an example of what is known as domestic data roaming.

Consider that you are a T-Mobile customer but live in an area with no T-Mobile coverage. Your phone may switch to the AT&T network to get service in that area, called “roaming on” that network.

Network operators like Verizon, AT&T, and T-Mobile will enter into roaming agreements to improve their customers’ all-around experience and ensure that cell phone coverage is available in more locations.

A carrier’s coverage map will generally show the areas where it has roaming agreements with other companies.

The striped areas on the T-Mobile coverage map imply where partner coverage is accessible in Vermont and New Hampshire. Because AT&T has superior coverage in these states, T-Mobile likely has a roaming agreement with AT&T.

What Is the Distinction Between Domestic and International Roaming?

Domestic roaming refers to any type of off-network use within the borders of the United States.

When your phone connects to partner networks in another country, it is called international roaming.

Here, you can compare and contrast the various international roaming mobile phone plans.

What Is the Cost of Domestic Roaming?

The vast majority of carriers offer free data roaming within the United States. They want to provide their customers with the most protection and enjoyable experience.

However, as the data roaming policies above show, most carriers will limit the volume of data you can utilize or the speeds at which you can use it while roaming.

Is Puerto Rico international for AT&T?

When it comes to AT&T, Puerto Rico is not considered to be part of the international market. You will be placed under the domestic roaming policy for Puerto Rico, as was previously mentioned.

AT&T does not include Puerto Rico in any of their international packages, including their International Day Pass, AT&T Passport, or their Cruise Packages.

It is recommended that when you are traveling to an area or country that does not have a network you connect your device to available WIFI whenever it is possible and refrain from streaming music or videos or downloading large files because these activities use up a significant amount of data.

Through the sale of its wired and wireless operations in Puerto Rico and the United States Virgin Islands, AT&T was able to reduce its mountain of debt by the amount of $1.95 billion. As part of the agreement, 1.1 million wireless subscribers, as well as spectrum and real estate, will be transferred to Liberty Latin America.

The transaction will require approval from the Federal Communications Commission (FCC) and the Department of Justice (DoJ). However, the companies are confident that it will meet regulatory requirements and anticipate completing the deal within six to nine months. The agreement calls for approximately 1,300 AT&T employees to resettle in Liberty Latin America.

According to the founder and lead analyst at Recon Analytics, Roger Entner, there are various factors behind the decision. He explained that it would help bring the debt down. Unlike other companies, AT&T can easily separate this from the mother ship. It would make the process of structuring a deal much less complicated.

When taking into account the effects of climate change, it is impossible to come out ahead by keeping those assets.

AT&T has been working hard to reestablish and enhance its network since Hurricane Maria wreaked mayhem on Puerto Rico, destroying its physical infrastructure and people’s houses.

Entner referring to this deal, said it to be “one of the first transactions driven by climate change.”

AT&T’s assets will combine with Liberty Latin America’s broadband and TV businesses to provide customers with a more suitable product and service offering.

Balan Nair, the company’s president, and CEO said, “at Liberty Latin America we are focused on investing in digital infrastructure, innovation, and 5G networks.”

Is Verizon Available In Puerto Rico?

Although Verizon service is available in Puerto Rico, you will be assigned domestic roaming status there. Coverage will be adequate but not as good as your home network, and it will be unusable in some areas of the island due to slow internet speed.

Continue reading to learn how using Verizon in Puerto Rico differs from using Verizon in the United States. Also, there are a few Verizon options you can use if you are going to be there for an extended period.

You will be placed on roaming by Verizon, but because it is still considered domestic roaming, you will not be charged any additional fees. It is essentially Verizon’s policy throughout the continental United States. Except when you exceed your data limit.

As you will not remain connected to your home network, your phone may now display Extended or Roaming instead of Verizon.

Customers of Verizon can use their phones to roam on the networks of other carriers because Verizon rents space on competitor carriers’ towers.

Your plan would remain the same, with the same constraints on the amount of data, calls, and texts you can send and receive as it does at home.

What Makes It Different from the US Mainland?

The only difference between using Verizon in your home country and Puerto Rico is that you will use the Roaming network there.

The remaining aspects of your connection, like plan and restrictions, will remain consistent throughout the country.

It will consider you under a domestic roaming plan because you will only roam within Puerto Rico. And Verizon does not charge you for domestic roaming. Data speeds in some areas may be too slow as the towers may belong to a different carrier.

You will have no problems while in San Juan. In the worst-case scenario, your phone’s data connection can get slow.

The quality of the cell reception appeared to be satisfactory, as evidenced by the fact that most individuals were able to obtain three bars of service.

Quality of Coverage in PR

The Verizon network coverage in Puerto Rico is usable. But it’s not as satisfactory as the rest of the United States.

You can use the company’s coverage map to assess the quality of its service across the island. The map is available online for users.

The great majority of the island is connected, but the degree of safety varies significantly from one end of the island to the other.

In areas with a higher population density, you will have better coverage. However, the signal strength will remain at three bars since the network you are using is under other carriers who prefer their customers’ needs over yours.

The data is highly inadequate, and only a few locations have constant and functional internet access.

Customers from nearly all carriers in the US mainland will be put in domestic roaming when in Puerto Rico.