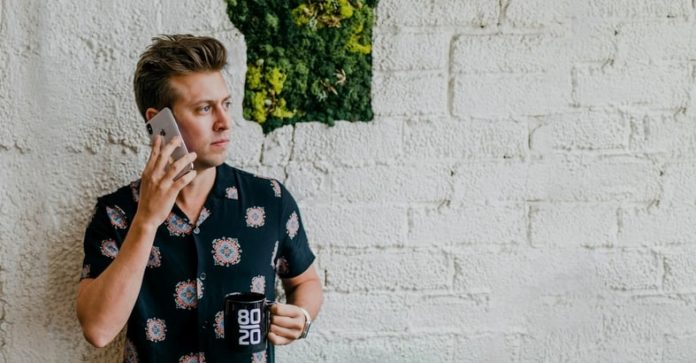 On calling a specific phone number, you may receive a pre-recorded message stating that the recipient cannot or is unable to accept any calls at the moment. Instead of speaking to the person you were trying to reach, you will be informed of this message. Why?

Known as intercept messages, they are not too challenging to understand. The reason behind such messages could be that you cannot make a call temporarily, or other reasons could be involved.

But, is there a solution? Unfortunately, there is nothing you can do on your end to solve the problem. This intercept message usually indicates one thing: the problem lies at the receiver’s end.

And, as obvious as it can be, you can not solve the problem at the receiver’s end, unless you have their phone in hand (which sounds like a remote possibility).

So, what could be the reason you are receiving the message? Let’s look at a handful of reasons below:

Reason 1: The recipient has chosen to block the caller’s number

Some people have their phones configured in a way that allows them to accept or reject your call at their discretion. In such cases, only a limited number of individuals can make calls. The rest, whose numbers are blocked, will automatically get rejected by the system.

Once selective reception has been set, the user can choose a select few callers to make calls. In such situations, you may receive an intercept message stating that the call cannot be completed.

Reason 2: Recipient is not accepting any calls

The second possible explanation is that the recipient is not picking up any calls.

It’s possible that the recipient has made the decision to ignore all calls. They have the right to choose not to speak to a subscriber at any given time.

In most cases, such selective reception is reserved for busy moments such as a meeting or any other predetermined activity. Perhaps the person you’re trying to call has set their phone not to receive incoming calls until they complete an important activity – school, office meeting, afternoon nap, family event, etc.

Since the recipient can block calls for certain time slots throughout the day, calling them during those hours will trigger the intercept message.

Reason 3: The Lines are Disconnected

It’s possible that the person you’re phoning has misplaced or had their phone stolen while they were out and about. Because of this issue, he or she got in touch with the service provider to request that the services be terminated. So, when you try calling them, the message says that they’re unable to take calls at the moment, and rightfully so!

In the event that the phone is taken, the thief may have purposefully turned off the phone in order to avoid any kind of communication. If you are unsure about this condition, you should get in touch with a friend or a coworker with whom you are acquainted in order to learn the full details.

Sometimes, the intercept message on calling a specific number could state that the recipient’s phone is out of battery. Moreover, during mid-conversation, you may notice sound and quality issues with the call. This indicates problems with the connection line.

To resolve the issue, you disconnect and try calling again, only to receive the message that the recipient cannot take calls at the moment.

In some cases, the intercept message itself may be a technical error. This usually happens if there are issues with the servers connecting the two subscribers or the line connection is weak and severed.

Interconnection issues may also trigger the intercept message that the recipient is unable to receive any calls at the time. This issue will persist with any number subscribed to the affected network.

What is Meant by an Intercept Message?

When a phone call is unable to reach its intended recipient, the caller may receive a brief message that has been prerecorded and delivered to them instead. This type of message is also known as an intercept message or an intercept recording.

In the 1980s, a major chunk of intercept messages was standardized, which is still in practice. You automatically get these messages when no line signal is detected, or the call disconnects due to any of the reasons outlined by the aforementioned conditions.

A popular myth among callers is that intercept messages result from a call being intercepted by the carrier, but nothing could be further from the truth.  Instead, they are sent when a given line is not available.

Is Your Number Blocked?

When you call a number and receive a voice message that the recipient is unable to take the call at the moment, it is natural to assume the worst. You might feel that the person has blocked your number. Though this could be a possibility, it is also true that other reasons could be involved.

“The person you are trying to reach is unable to take calls at this time” – The meaning of the message is not entirely clear. This essay devotes considerable space and detail to explaining the fundamental motivations behind this statement. In the event that this circumstance presents itself, you shouldn’t immediately assume that the other person has blocked you.

There are a variety of different possibilities that could be causing this warning to display. Before you leap to any conclusions, it is best to first make an effort to pinpoint the precise cause by speaking with friends or coworkers in common.