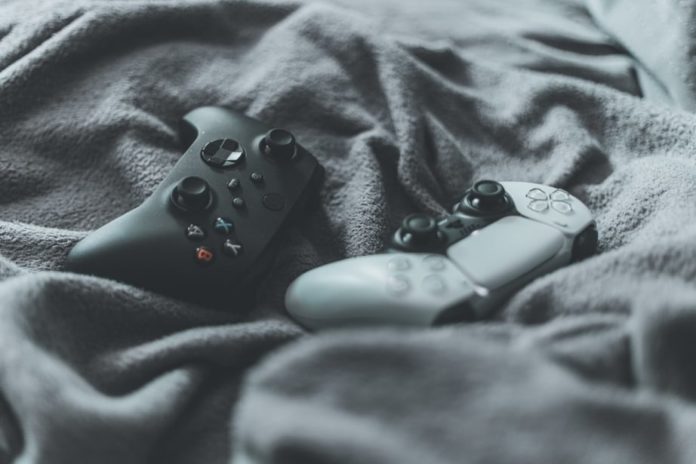 The Xbox Series X, which was released a year ago, included a slew of new capabilities and hardware. Many gamers may ask if they can use the newer Xbox Series X controller with older consoles, which might be confusing.

Your new console has arrived, and you’ve already unpacked it. The controller is the first thing you notice when you open the console. Your hands will love the fresh, gleaming finish and the updated, more sensitive buttons.

This raises the question: Is my new controller compatible with my older Xbox One? While the controllers haven’t changed much in terms of design, the Xbox Series X controller has a few new functions and upgrades that can improve the overall gameplay.

Microsoft also introduced a new and improved Xbox Wireless Controller when the Xbox Series X and Xbox Series S were released to help usher in a new generation of console gaming. Even while the Xbox DNA is still quite strong, the new controller has a variety of little upgrades that add up to a significant upgrade.

Microsoft has also made sure that the new Xbox Wireless Controller (and other peripherals) make it easy for players to upgrade, continuing its focus on game preservation. In addition to the new Xbox Series X or S consoles, this controller is entirely compatible with prior Xbox systems, such as the Xbox One and One S. Built-in Bluetooth allows the new controllers to work with PCs, tablets, and smartphones running Android or iOS.

With the new Xbox Wireless Controller for Xbox One, you’ll get a better gaming experience than you would with a normal Xbox One controller.

Despite its familiar appearance, the Xbox Series X|S Wireless Controller from Microsoft features several significant improvements. Xbox One’s new wireless controller has a more rounded form for smaller hands, better grips on the handles and bumpers, and a new D-pad that is delightfully clicky and well-suited to a wide range of game genres. The new Xbox One wireless controller is available now.

As a bonus feature, you can now share screenshots or video clips with a single click of the new “Share button.” With the release of the Xbox Wireless Controller, it has become increasingly crucial to be able to share games with others.

Even if you’re intending to upgrade to an Xbox Series X|S, the new Xbox Wireless Controller is one of the best Xbox controllers on the market.

How do you enable 120 Hz mode on your Xbox Series X?

Both the new Xbox Series X and Xbox Series S consoles offer 120 Hz video output when connected to a display that is capable of supporting it. While this results in more fluid animations and improved performance in fast-paced situations, the feature is not turned on automatically.

To play at 120 frames per second, you must first enable the setting in the game’s options and then launch the game.

You’re in for a treat if you’ve never had the pleasure of using a high refresh rate PC display. Remember that the refresh rate of the majority of displays, including your TV, is limited to 60 times per second. That’s why last-generation consoles were limited to 60 FPS, whereas the newest Xbox Series X and S are capable of running at 120 FPS.

Because of HDMI 2.1’s ability to support 120 Hz at 4K resolution, as well as the additional power provided by the new AMD chips inside, this is possible. Instead of playing in 4K, you’ll need a monitor or TV with an HDMI 2.0 or 2.1 port and the ability to display at 120 frames per second.

Here’s how to see if your Xbox Series X supports 120 Hz and how to enable it.

Some of the extra features can also be used with older versions of the software. A new middle-positioned share button has been added to the new controller. As soon as you press a button, you’ll be able to take a screenshot or a video of your current state of play. You’ll be producing a sniper montage in no time with your 360 no-scopes, so get them ready now! Yes, this feature is supported on the Xbox One as well.

If you want to play couch co-op with friends and family on Xbox One or just want to try out the new controller experience on some of your older Xbox One titles, the Xbox Series X controller can meet all of your demands, no matter which console you are playing on.

[Fixed] Xbox One Won’t Turn on but Beeps

How to Use an Xbox 360 Controller on Xbox One

Best Xbox One Controllers with Paddles

How to Play Xbox One on Laptop with HDMI or Wirelessly