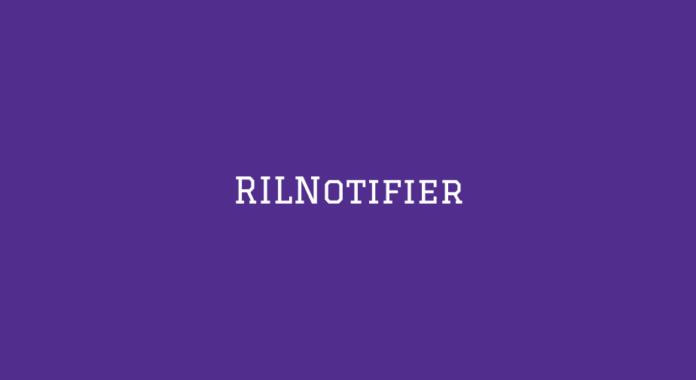 If you are here because of high battery consumption by RILNotifier or “RILNotifier unable to establish a wireless data connection” notification. You have come to the right place; in this article, we have covered everything you need to know and have also answered if RILNotifier is safe or not.

Before we explain what RILNotifier is, you need need to understand what RIL means. Radio Interface Layer (RIL) is a layer between Android telephony services and the radio hardware. The RIL consists of two components: RIL Daemon and Vendor RIL. To find detailed information about it, you can read Android RIL Architecture.

As mentioned, it is a system app, and most Android devices have it; in some devices, it’s named Service mode RIL. Some people think RILnotifier is Spyware, or some even think it means their device has been hacked and it’s being controlled by hackers.

All of these are just myths; when a non-tech-savvy person finds out their list of system apps, they start assuming things based on the name of the app. For example, Samsung devices have a system app called incallUi, it contains the user interface of the dialer app, but some people think it’s a type of spy app used by their partner for monitoring their calls.

Some people have claimed that RILNotifier is the reason behind device battery draining issues, but it’s almost impossible since it’s a very light app and does not cause battery issues in most devices. If you are sure it’s the app, try force stopping the RILNotifier app.

How to Fix “Unable to Establish a Wireless Data Connection”?

The connection issue has been reported by thousands of users, especially those who have Samsung S9 and S10. Most people think it’s caused by Sprint, and they are completely responsible for it, but there’s something you need to know if you are one of those people.

The “RILNotifier Unable to Establish a Wireless Data Connection” only appears when your device fails to get data services, it has nothing to with only Sprint.

Just keep in mind to fix the problem, you may have to try multiple or all the solutions mentioned below.

Solution 1) Turn off Mobile Data and Turn It on Again

If you are using mobile data, turn it off and turn it on again and check if it fixes the issue. You can also remove the SIM card and reinsert it.

For most people restarting the devices fixed the problem but only for a short period. But still, we recommend you do it because it only takes a minute to restart a device. To restart your device, press and hold the power button until you see a screen with the restart button, then tap the restart button, and then tap it again as a final confirmation.

Steps for updating the Preferred Roaming List (PRL) of your device:

Solution 4) Turn Off Notifications For RILNotifier

Note: The steps can be different depending upon your device; you just have to find the app notification settings and disable the notification for RILNotifier.

Android system apps cannot be disabled/uninstalled like other apps, but you can disable almost any app you want by using a third-party app like System app remover (root access required) or Android debug bridge (adb).

If your device is already rooted, you can use System app remover if it’s not, you can root your device. The rooting process depends upon your device model, some devices can be rooted using an Android app like Kingoroot, but most latest devices can only be rooted by using PC version of these root apps.

If your device is not rooted, Android debug bridge (ADB) is the recommended method; it does not require root access, and anyone who knows what commands to enter can use ADB to disable/Uninstall any android app. In case you choose to uninstall the RILNotifier, you would need its package name: com.sec.app.rilerrornotifier.

Note: RILNotifier is a system app and should not be uninstalled even if you are getting “Unable to Establish a Wireless Data Connection”.