You may notice a mysterious-sounding “X Google enrollment” warning appear on your device’s first boot, stating that “enrollment is currently operating in the background.” This is normal when upgrading to Android 11.

It vanishes within a few seconds, and while it may appear strange, there is no reason to be concerned: It just has a connection to the Google Assistant. As a matter of fact, Google intends to modify the notification in the future to make it more clear about what is happening.

We understand that the terminology used in the message is a little ambiguous and that the phrase “X Google enrollment” seems like your phone is being recruited into some secret organization, but there is nothing to be concerned about. Nothing about this is a contact-tracing opt-in, a beta program, or anything else of the sort. Basically, it’s related to the Assistant configuration process in some way.

When Does The ‘Google X Enrollment’ Notification Occur?

The message normally occurs when the Assistant’s language is changed or while setting up a new device, yet something about the Android 11 update process also manages to bring it up on its own occasion.

Another theory is that the app to which the notice is attached has anything to do with hotword detection. This is supported by several sources. The exact cause is unknown, but it is related to the Assistant’s setup and configuration procedure and hence is not a major issue or anything to be concerned about.

It’s possible that Google will even change the language used for this message in the next system update in order to make it more clear what’s going on when it displays on your screen. In the meantime, don’t be concerned if you receive this X Google enrollment notification after updating to Android 11. After the upgrade, all you’ll hear is the Google Assistant going about its business.

How To Get Rid Of ‘Google X Enrollment’ Notification? 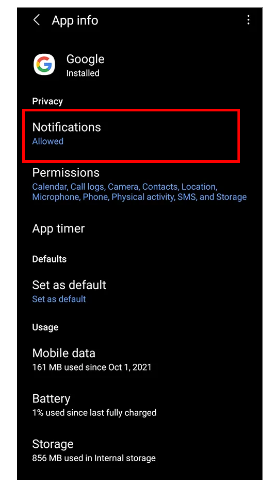 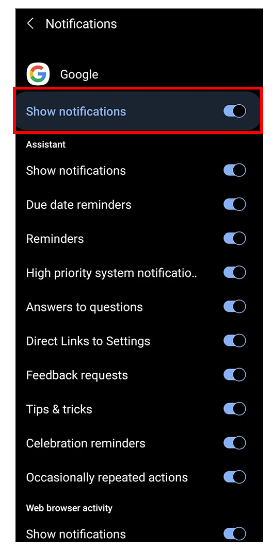 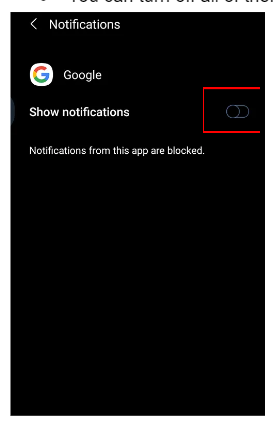 What is Google Assistant?

Google Assistant is Google’s voice assistant. When it launched, Google Assistant was an extension of Google Now, designed to be personal while expanding on Google’s existing “OK Google” voice controls.

Originally, Google Now smartly pulled out relevant information for you. It knew where you worked, your meetings and travel plans, the sports teams you liked, and what interested you so that it could present you with information that mattered to you.

Google has long killed Google Now, but Assistant lives in the same space, fusing these personalized elements with a wide range of voice control. Google Assistant supports both text and voice entry and it will follow the conversation whichever entry method you’re using.

10 Amazing Things You Can Do With Google Assistant

In case you haven’t heard, Google Assistant is the built-in voice assistant for Android and Google Pixel smartphones and smart speakers.

AI-powered friends may be used with Google Home speakers or smartphones to provide you hands-free access to information. You’ll also benefit from Google’s powerful search capabilities, which are far superior to Alexa’s.

With that in mind, let’s take a look at 10 practical ways to make the most of Google Assistant on a range of platforms.

Google showed out a new feature for the Google Assistant at CES: the ability to read long-form literature from the internet. Using Google Assistant, you can even translate that content into 42 languages in real-time and display a set of settings that allow you to speed up or slow down the pace, as well as a scrub over the chronology.

The most notable aspect of this feature is Google’s inclusion of cutting-edge speech technology, which results in playback that sounds considerably more realistic than we’ve come to expect from computer voices. Despite the fact that Google hasn’t stated a specific date for its availability, it felt like a good idea to announce it at this time.

An AI translator included within a Google Nest Hub was previewed last year. That was a clever idea, but it wasn’t very useful unless you happened to be standing near an appropriate device at the time.

This capability, however, is now available on any device with the Google Assistant. Using a Google Nest or Android device with a display, simply say “Hey Google, be my Spanish translator,” and it will speak the translated language and display a textual translation.

Saying “Hey Google, tell me about my privacy settings” will send you right to the page where you can make adjustments if you’re using a device with a display, such as a Pixel smartphone or a Google Nest Hub. Even though businesses like Google are notorious for making privacy settings difficult to locate, this is a welcome addition.

Interested in learning more about what you’re listening to? That’s where Google Assistant comes in. To find out what song you’re listening to, just say to Google, “Hey Google, what song is this?” Compared to Shazam, it wasn’t as accurate, but it did recognize the majority of popular songs and even alternate recordings.

Inadvertently activating the assistant by saying something you didn’t want Google to hear. “Hey Google, that wasn’t for you,” is all you have to say to get her to delete the last interaction from your history. As an alternative, you can tell Google to erase everything from the past seven days, for example.

6. Your Virtual Butler As Translator

Real-time translation is now possible with Google Assistant thanks to the integration of Google Translate.

Translated words and sentences appear on the screen when you ask, “How do I say please in Spanish?” or, “How do I express why in French?”

A stunning 188 languages will be available to you, so you won’t ever again find yourself in a Japanese shop without any idea what you’re looking at.

You can use Google Assistant to translate your English into German and then hear a spoken translation of what your friend is saying.

7. Get Your Day Started The Right Way

Getting your day off to a good start is essential.

Instead of frantically searching for an alarm clock, ask Google Assistant to assist you ease into the day.

Your digital assistant can, at the most basic level, wake you up when you tell it to. There are a number of ways you may use Google Assistant to wake you up in the morning if you don’t like the sound of an alarm clock. For the first few minutes of the day, listen to some calming music. Then, use your smart speaker to boost your energy levels for the day ahead.

8. Have Google Assistant Read You The News

Do you have trouble getting out of bed in the morning?

Does your digital butler need to know what’s going on in your world so that you can start your day off on a good footing?

When a pop-up window appears, simply press the Home button and type in “Good morning.” First, Google Assistant will ask who you are, and then provide information about the weather. Once you’ve selected your preferred news sources, a virtual assistant will read them to you.

The AI butler can be programmed to say “Good afternoon” or “Good evening” depending on the time of day.

With Google Assistant, you have access to all of Google’s services and apps, from Calendar and Keep to Gmail. This is a major selling point for the service.

Ask Google Assistant, “Did I miss any emails from yesterday?” if you’re on the go and need to check your email. Assistant’s core feature is its ability to operate without the use of a physical keyboard or mouse.

On top of that, you’ll have the option of setting up periodic reminders for important dates like anniversaries of marriage or upcoming birthdays. Don’t make the same mistake again and wind up in the clink!

10. Identify Your Surroundings With Your Camera

When you’re out and about, you can use Google Assistant to detect your surroundings by using your phone’s camera.

Contextual information is also provided to assist in determining the identity of the building. For example, if you’re at a concert venue, you might see a list of the bands playing and a link to listen to their music or purchase tickets.

Which is better – Assistant or Amazon Alexa?

Comparatively, both platforms compete with similar gadgets and functions. The ultimate goal is to become a personal assistant that can work across multiple platforms. When it comes to Android, Google has an obvious advantage: it knows who you are, what you look for, your friends, your surfing habits, the content of your calendar, and where you go owing to the kind of data that lives in Android.

If you buy something on Amazon using Alexa, she knows about it.

It’s not only that Android has a distinct advantage here. Google Assistant comes pre-installed on a large number of smartphones, but not on iPhones. As far as smartphone apps go, it’s not as integrated as Amazon Alexa, which has an app.

It’s easy to use Google Assistant on a phone, since it has access to additional phone features, like accessing apps. On the other hand, Alexa’s hotword capability is only available on Amazon’s own Fire tablets.

Alexa appears to have a greater number of hardware and software partners than Siri.

Nevertheless, when it comes to fundamental tasks, Google outperforms Alexa. Whereas Alexa requires particular information about which light to turn on or off, Google will simply let you switch everything on or off without the need for a group setup or devices to be named.

Google, on the other hand, is better at directing you to the information you’re looking for. Locating an address and navigating on a phone is an essential ability. While Alexa can locate addresses and provide traffic information, it falls short of providing real-time access to navigation and maps.

Google has the upper hand once again, thanks to the convenience of smartphones.

But when it comes to everyday chores like listening to music or working with compatible devices, the experience is fairly similar – and personal preference will play a role. When it comes to gadgets, Amazon has the advantage (Echo and the system are one step ahead of Google, which is currently catching up), and speaking to Alexa is more pleasant than speaking to Google. Using this word choice is more comfortable.